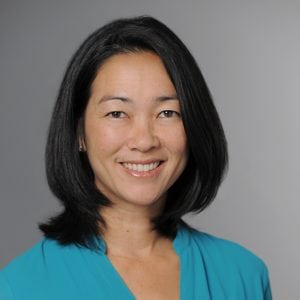 A reporter with WXIA-TV in Atlanta talked to Second Century Initiative (2CI) Associate Professor Erin Fuse Brown, of Georgia State University’s Center for Law, Health & Society in the College of Law, about how repealing the Affordable Care Act could eliminate pre-existing coverage and coverage for some young adults.

Reporter Doug Richards with 11 Alive (WXIA) consulted with Fuse Brown off-camera for a story discussing the repercussions of any repeal of the law for Jarah Cotton, a Cobb County 17-year-old who has been accepted into Harvard University, but has also been diagnosed with lupus.

Cotton currently has insurance under her parents’ health plan. At Harvard, she could change to the school’s health insurance. Both would cover her lupus, a pre-existing condition protected under the Affordable Care Act.

But if the Affordable Care Act goes away, as the Trump administration wants, so might the legal requirement covering her lupus.

“I have to have health insurance in order to keep the disease monitored as it needs to be, and to prevent it from becoming something that is, you know, deadly or incapacitating,” [Cotton] said.

Jarah Cotton has no insurance worries at the moment. But her coverage could be a challenge if the Affordable Care Act is repealed, said Erin Fuse Brown, an expert on health law at Georgia State University. [Fuse] Brown told 11Alive that her insurer could choose to eliminate pre-existing condition coverage if the ACA protection lapses. It could also force her off her parents’ health insurance coverage after age 21.

To read the full story, visit https://www.11alive.com/article/news/politics/harvard-bound-cobb-teen-sweats-aca-health-insurance-as-she-battles-lupus/85-364fe8f2-d288-4c79-bbd1-cfbf4ff9aa55. For more about Fuse Brown, her work, and how 2CI has helped her scholarship expand, visit https://nextgen.gsu.edu/2018/04/18/the-second-century-initiatives-return-on-investment-faculty-collaborations-erin-fuse-brown/.