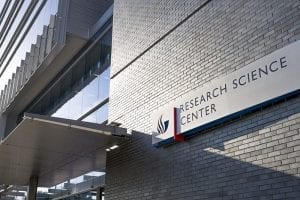 The university ranks 108th out of 902 universities in the U.S. for research expenditures, and rose 15 spots from last year.

“We are very proud that we continue to rise in the HERD rankings, a nationally recognized barometer of university research activity,” said James Weyhenmeyer, vice president for research and economic development. “It demonstrates our commitment to cutting-edge research that addresses complex, real-world problems.”

From fiscal year 2010 to fiscal year 2017, expenditures increased by 248 percent, making Georgia State one of the nation’s fastest-growing research universities. For the past two years, Georgia State has been the highest-ranked institution without an engineering or medical school.

“Many universities faced a challenging year due to budgetary constraints placed on some federal funding agencies,” said Weyhenmeyer. “Still, our faculty’s research is still earning investment from a wide range of sources.”

The year’s major awards, including those of several Second Century Initiative (2CI) and Next Generation Program (NGP) faculty, included:

• $1.5 million from the National Institutes of Health to Brett Wong (College of Education & Human Development) to better understand health disparities in the black population in the U.S.
• Nearly $6 million from the National Heart, Lung, and Blood Institute to Ming-Hui Zou (NGP, Center for Molecular and Translational Medicine) to identify a therapy that can counteract atherosclerosis and to research a way to promote the regeneration of damaged vascular tissue after a heart attack or stroke.
• $1.6 million from the Centers for Medicare and Medicaid Services and Georgia State Survey Agency to Jennifer Craft Morgan and Elizabeth O. Burgess (College of Arts & Sciences) to improve the state’s nursing homes.
• $8 million from the U.S. Department of Education’s Office of Innovation and Improvement to Stephanie Behm Cross (College of Education & Human Development) to recruit, prepare, and support new and veteran teachers in high-needs schools.
• $1 million from the National Science Foundation to David Iwaniec (Andrew Young School of Policy Studies) and the Urban Studies Institute to help cities prepare for climate change.
• $2.6 million from the U.S. Department of Education’s Office of English Language Acquisition to Laura May, Cathy Amanti, Sue Kasun and Gary Bingham (College of Education & Human Development) to prepare educators who work with bilingual students.
• $1.4 million to Didier Merlin and Tim Denning (2CI, Institute for Biomedical Sciences) to study novel approaches to treat intestinal inflammation.

The university is proceeding on the third phase of the Science Park complex, which has been approved by the Georgia Board of Regents. The new building, now in the architecture phase, will house advanced laboratories and is meant to cement Georgia State’s reputation as a national leader in biomedical research.